Home » How to start a car with a bad ignition switch?

How to start a car with a bad ignition switch? 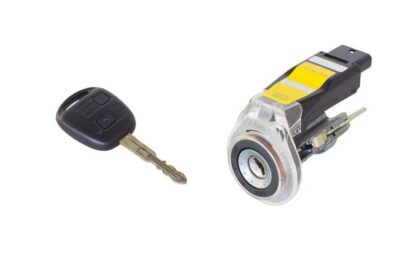 A bad ignition switch can throw your day into a tailspin. If your car doesn’t start, you need to try starting it with a screwdriver before committing to taking it to the repair shop. But that was never one of my top talents. Fortunately for me, my dad always knew how to get my car going again. So, on this page, I will share how to start a car with a bad ignition switch.


There are ways you can go about starting a car with a bad ignition switch, and the first is a hotwiring process, and the second is the use of a drill and screwdriver. Each of the methods will be discussed below. Hotwiring is when you bypass the key switch to start a vehicle. It’s a common way for criminals to steal cars. Hotwire a car to start it when the ignition switch is bad using a screwdriver, wire, and a power supply from the battery.

Most modern cars have electronics that control the start of the engine, and this method may not work with cars newer than 2000. The traditional solution to hotwire a car is to find the car’s live electrical and battery wires near the ignition or starter and attach them directly to the battery terminals.

Using this method, you can bypass broken switches or fuses. Use caution if you are not familiar with the guide on cars and devices.

Is hotwiring a car illegal?

Hotwiring a car is not illegal, per se, unless it’s a car that isn’t yours (in which case, it’s called “theft of services,” and it is illegal). You can hotwire your own car or a friend’s or family member’s car without breaking the law.

That being said, in most states, it is illegal to drive a vehicle with no keys in the ignition. So, while you can legally hotwire a car, you can’t legally drive it.

If you hotwire a car, you might be violating the owner’s privacy by opening the doors without their permission. This could be considered trespassing or breaking and entering, depending on where your car is parked and whether or not there are signs indicating you shouldn’t do so.

If your own car is locked in your garage, for example, you aren’t technically violating anyone’s rights by hotwiring it to get it out. But if someone else’s car is locked in their private garage, you may be breaking the law if you open their door without permission.

You might also be violating any existing laws related to theft by taking someone else’s vehicle without their consent. If they have not given you explicit permission to open their doors and take their vehicle—no matter how short a time—you could be held liable for theft under some circumstances.

How to bypass the ignition switch to start a car?

Can you bypass a bad ignition switch?

How to start your car with a bad ignition switch?

There are a few other ways you can tell if your ignition switch might be bad. Some of the most common signs include:

-Lights staying on when the vehicle is parked

-Difficulty turning the key when starting the car

How to fix a bad ignition switch?

If you find that your vehicle’s ignition switch is bad and needs to be replaced, you may be able to do so yourself.

The first thing to check is the ignition switch itself—it may need to be cleaned with a solvent, or it could be as simple as replacing the worn-out key. If this doesn’t work, then it’s time to get into the guts of the ignition switch.

To replace the ignition switch itself, you’ll need to remove the steering wheel and lock plate. The steering wheel can be removed by removing a plastic cover, which will reveal a series of bolts that you can use a wrench to remove.

The steering wheel will then come off easily enough. From there, you will see a series of screws and pins that secure the lock plate in place, which you’ll need to unscrew or pop out with a screwdriver.

While it is out, you should check inside the housing for dirt and debris (and clean it if necessary), then slide in your new ignition switch while reconnecting all of your wires. Screw everything back together and test your new ignition.

Will a car crank with a bad ignition switch?

Yes, the car will crank with a bad ignition switch. However, you need to check if it’s actually the ignition switch that’s bad before replacing it. The same symptoms can be caused by other problems, like a dirty battery or corroded cables.

Also, it really depends on the car and what’s wrong with the switch. It’s possible that your car won’t crank if you have a bad ignition switch. The switch performs several functions, one of which is to allow current to run from the battery to the starter.

If it is faulty, you might not be able to start your car because it will not allow a charge to be sent through. However, there are other electrical components that can cause similar issues, so there’s no way to know for sure unless you get your car checked out by a mechanic.

Is there a fuse for the ignition switch?

Yes, there is a fuse for the ignition switch. It is located in the fuse panel for the car, either on the driver’s side of the dashboard or under the hood. The fuse panel is labeled, so you should have no problem finding it.

If you are having trouble with your ignition switch, check to make sure that this fuse is not blown. If it is, you will need to replace it.

Your car is trying to tell you something. Take a look at these ignition switch problem symptoms to see what your car needs.

Can the seized engine be fixed?

Yes. If the engine is seized, it is likely because it has not been used in a long time or has been sitting for a very long time. This can cause rust and corrosion, which will make the car difficult to start.

You can fix this by simply having good maintenance or by taking your car to an automotive shop and having the engine cleaned and properly maintained if the oil has not been running through the engine for some time.

You can also try adding lubricant to the car first, which may help loosen up any rust or corrosion on the inside of the engine.

How do you bypass an ignition switch without the key?

While doing this, push down with your screwdriver as you turn it. If this does not work, you will need to check for a wire that connects the ignition switch to the starter solenoid. Once you find it, connect that wire with a screwdriver or knife (making sure not to short out anything else) and start your car.

You can bypass an ignition switch without the key by:

How much does it cost to replace an ignition switch?

If you look up the price of a new ignition switch on [website name], you’re looking at an average of $55.65 for parts and $168.09 in labor, for a total of $223.74. That’s if your car is like most and doesn’t have any unusual features that might make replacement more expensive or time-consuming.

But the price can vary depending on your location because labor rates vary widely by region. The same goes for the cost of parts: just as a plumber might charge more to replace a toilet than someone else would, some mechanics might charge more than others for the same part.

And then there are the cars themselves. Some models have different features (especially luxury models) that might make it harder to replace the different ignition switches or cost more because they’re more complicated or rarer models that require expensive specialty parts.

How to Start a Car with a Bad Ignition Switch.

A bad ignition switch in your vehicle can cause several problems ranging from your car stalling and all lights going dark to the radio not working unless the key is wiggled from side to side.