Home » What does drl mean in a car?

What does drl mean in a car? 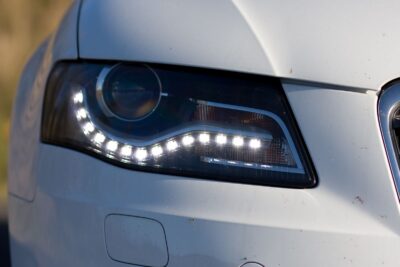 What does DRL mean in a car? It means daytime running lights, an auto safety feature designed to make it easier for others to see your vehicle during daylight hours. DRL is a term that stands for Daytime Running Lights, and they are lights that can be found on both the front and rear of some vehicles.


They are designed to increase the vehicle’s visibility when driving during daylight conditions, but many people believe that DRLs are designed for other purposes, such as improving fuel efficiency.

Also, DRL stands for “Daytime Running Lights,” which are small lights located on the front of a vehicle. They light up when the car is on and running, helping to increase visibility and awareness of other cars on the road, especially when visibility may be compromised due to fog, rain, snow, etc. They are also often used as accent lighting on new cars. What is Daytime Running Lights?

Daytime running lights are headlights used to increase the visibility of a vehicle during daytime driving conditions. They can be activated via a car’s settings and automatically turn on when the car is running.

They are located in the headlight housing and are designed to automatically switch on when you start your engine. The Daytime Running Lamp module receives power from a fused ignition circuit and distributes this power throughout the vehicle.

These lights serve as an additional safety measure, improving the visibility of your vehicle to approaching traffic during the day.

What does drl mean on a Honda Civic?

It is a feature that many Honda vehicles are equipped with, including the Odyssey and Pilot. DRL stands for daytime running lights, and the DRL system activates your vehicle’s low-beam headlight(s) whenever you start your vehicle.

There is a DRL turn-on/off setting for most of the Honda models. This can be done by pressing the DRL button, usually located under the steering wheel or displayed on the vehicle information screen.

In some cases, it may also be possible to disable DRLs within the BCM (body control module). Again, check your vehicle user manual for more details.

What does it mean when the DRL light comes on?

If the DRL indicator warning light comes on, it indicates a problem with the system. I recommend having a certified technician diagnose and resolve this like one from Your Mechanic.

Also, the DRL light comes on when the Daytime Running Lights are active. The DRL light is a normal operation. For vehicles with LED DRL specifically, you may observe that one LED bulb is illuminated brighter than its counterpart.

This is due to a design feature intended to optimize illumination for DRL operation. These lights should be inspected by an authorized dealer if this condition changes or becomes worse over time.

How do I turn off my DRL?

Turning off the DRL is usually a simple process if available on your car. We also have instructions for disabling DRL in every car model, so you can simply search for your specific model and then follow the instructions. In addition, some cars have a switch or button that allows you to turn them off, while others require tapping into wires behind the dash.

Turning off DRL varies per vehicle. Some vehicles will have a switch or buttons next to the main light switch that turns off your DRL. If your vehicle has no such option, you will need to disable your daytime running lamps through the OBD-II port with an electronic control module such as an EZ Can.

Can you use DRL at night?

DRLs are best when used during daytime hours. While they do increase visibility and make cars more noticeable, they do not light up the road in front of you. Unfortunately, this means they’re generally not as effective at night as they are during the day.

Driving at night with DRLs on will reduce your visibility to oncoming traffic. For this reason, DRLs should be disabled at night when operating your vehicle with low-beam headlights. Does DRL stay on at night?

Yes, but most dim the lights during the night so that they are less noticeable. Some manufacturers use amber-colored light or “switchback” bulbs which will appear white while they are on but appear amber when they are off.

For example, when blinkers with your turn signal, the DRLs will change from white to amber as the turn signal blinks. In addition, some cars completely shut off the DRLs at night instead of dimming them.

Is DRL the same as high beam?

Yes, DRL is the same as high beam. However, the headlamps are set to provide sufficient visibility without impairing the vision of other road users when in daylight, fog or darkness.

DRLs are not used for visibility at long distances. Rather, DRLs light up the road surface immediately in front of the vehicle to increase its visibility at much shorter distances.

If you’ve ever heard someone complain about being blinded by another driver’s “high beams,” these lights are illegal in many states: they’re high-powered beam of light intentionally focused on a small area directly in front of the vehicle.

It doesn’t matter what color your DRLs are: it’s illegal if you’re projecting a powerful beam on the road ahead of you (and causing a glare in other drivers’ eyes).

How to take care of your headlights in a car.

Headlights are one of the most important pieces of equipment in a car. They let you see in the dark, and they play an important role in controlling the way your car looks. But like so many situations in life, not all headlights are created equal. To keep your headlights looking great and performing at their best, it’s important to check the issues and functionality, and take care of them! Here are some tips to help you get started:

How to take care of your headlights in a car.

If your headlights are not working properly, you can also use this guide to clean them. First, remove all of the makeup from the lenses by rubbing them with a cloth or soap (or using a mild detergent if you have it). Then wash each lens with warm water and soap. Be sure to dry them off completely before putting them back on their cover.

How to Choose the Right headlights for your car

Daytime running lights and headlights serve vastly different purposes. In a nutshell, a daylight system’s job is to make your car as visible as possible during the day, while headlights are meant for illuminating the road at night.

Daytime running lights help improve the visibility of your vehicle during daylight hours. They’re different from headlights and engineered to provide optimal driver vision when used in addition to high beam or low beam headlights.

Styles vary by vehicle, but most are LED for durability and brightness. High beams help you see farther down the road and around curves than low beams because they produce a broader and brighter light pattern.

However, our high beams must be turned off at night when approaching other vehicles or people to avoid blinding them. To comply with federal law, headlights must be turned on when visibility is reduced to 500 feet or less.

Not all states require that headlamps be used during daylight hours; refer to traffic laws in your state to determine how daytime running lights and low- and high-beam headlamps should be used together.

Daytime Running Light (DRL) laws aim to reduce the number of daytime traffic accidents and fatalities by increasing the visibility of vehicles. In addition, DRLs are a safety feature that can help increase your awareness on the road.

Are daytime running lights legal in every state? Not yet. So far, they’re only required by law in seven states, plus Washington, DC. They’re also compulsory in Canada, according to the Canadian Automobile Association. However, since their introduction in 1990, a lack of universal regulation has not prevented their rapid integration into the North American vehicle market.

How to turn on daytime running lights?

Some people confuse daytime running lights with driving lights, and they’re not the same. Daytime Running Lights (DRLs) automatically turn on when you start your car; they are designed to increase your visibility in other cars while you’re on the road.

Driving lights are an option that you can turn on, according to your preference and the brightness conditions outside.

To ensure our lights are working and can be seen by other drivers, Daytime Running Lights (DRLs) was introduced. These lights automatically turn on your vehicle’s main-beam headlights at a lower intensity than usual, and some vehicles allow them to turn on their side lights as well.

What is the benefit of daytime running lights?

Should I leave daytime running lights on?

You can leave the Daytime Running Lights (DRL) on while driving during the day, but they will turn off automatically when you turn on your headlights. Some vehicles may have an option to leave the DRLs on continuously in their settings.

Daytime running lights do not drain the battery. When the car is running, you usually have no problem at all. It will get a few minutes’ run time before draining, even if you turn it off.

Daytime running lights improve the visibility of your car when driving during the day. This can improve your safety and be easier on your eyes. They can last up to 200,000 miles on average under normal conditions, but some factors may cause them to burn out faster:

What does drl mean in a car? Daytime running lights (DRLs) are bright white lighting that automatically comes on when you start your vehicle. These lights signal to other drivers on the road and help make your car more visible.

Taking care of your headlights in a car can be a daunting task, but with the help of some easy tips, it’s not too much trouble. By storing your headlights in an accessible location and using them regularly, you can keep your headlights working well for years to come. Additionally, replacing or fixing dented or broken headlights is an easy task that you should consider doing if your car has one. Finally, choosing the right headlights for your car can be tricky, but with some careful research, it shouldn’t be too difficult.