Home » What does se stand for in cars – Special edition or not?

What does se stand for in cars – Special edition or not? 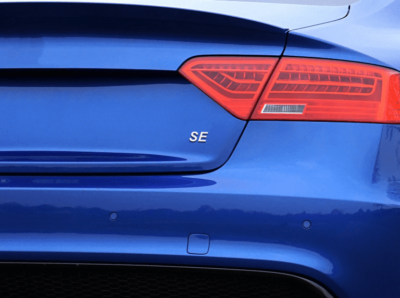 Cars come with different designs, styles, and descriptions. One of them is the SE you see on some cars, and at first, I never thought it had meaning until I was ready to get my first car. The first question I asked was what does SE stand for in cars?


SE refers to Special Edition, sport edition, which is a vehicle model with more features or higher quality than other models. Carmakers typically use SE to demonstrate that something extra has been provided. They are based on existing popular models but with some more upmarket interior and exterior features.

Also, they are intended to offer a limited run of new versions of existing models, often to help boost sales before the release of an updated model.

What does LE and SE stand for? LE stands for Limited Edition, a model with decorative touches that make it stand out compared to our standard models. SE is a Special Edition and is always designed in collaboration with a designer we love.

While they differ, what they have in common is that they are always produced in limited quantities, so act fast if you see one you like, because once it’s gone – it’s gone.

Also, an LE car is cheaper than a SE car. It is an excellent choice if you have a limited budget because the speed limit difference between them is not so significant, but the price difference is tremendous.

What do SE and LX mean in a car?

These are variations of the same model. SE is the base model, LX is an upgraded version with more features and options. Both mean the same thing about warranty coverage, because both models have to follow the same standard safety and emissions regulations.

The “SE” and “LX” are two of the trim levels of the Accord sedan. Trim levels refer to the level of standard equipment included with a base model.

What does VW SE stand for?

What is the difference between S and SE in cars?

S is the most basic model, and SE is the next level. Each car has its unique options, but as a general rule, the S models are typically chosen for their affordability and the SE for increased comfort.

One of the most significant differences between the base model S and an upgraded SE is the trim of the vehicle. The S typically comes with cloth seats, while the interior at the SE level includes leather seats.

The bottom line is that the S typically stands for Standard while the SE is an upgrade. Generally, the SE adds more to a car than the S version, but this will be specific to your car’s manufacturer.

How do you know if your car is a SE?

The best way to get to know is through the car manufacturers. You can either ask questions or check the manual that comes with the car. There you will see the details of the car. Also, most cars come with descriptions written boldly for anyone to see at the back.

What are SE and SL in cars?

SE and SL classes refer to trim levels of cars. SE is a more basic version, while SL is an upgraded model with additional features. SE and SL are trim lines in almost all Nissan and Toyota vehicles. SE stands for Special Edition, and SL stands for Sports Luxury or Special Luxury.

What does SE stand for in Ford cars?

The Ford Fusion is a mid-sized sedan made in the 2006 car model year. For years, Ford has used the SE trim level on its cars to denote “luxury” models. The Fusion SE comes standard with cruise control, remote keyless entry, push-button start, and more.

Se on a ford fusion means that the car is a sport edition, and it has some extras factory-installed such as an engine upgrade or sound system upgrade or maybe both.

Is Nissan SL or SV better?

Both the Nissan SL and SV are great cars. But if you have to choose between them, we recommend the SV. The SL offers a few upgrades to what you’ll find on the SV, like leather seats and standard navigation. It also has a more powerful V6 engine with an EPA-estimated 26 mpg combined.

And it comes standard with Intelligent Cruise Control for shorter commutes and long road trips alike. If the 2019 Nissan Altima is too pricey for you, opt for the 2018 model year. It has similar features to 2019 and comes at a better price point.

What does SR mean for Nissan?

SR means that the vehicle is the sport-tuned model built by Nismo, the motorsports division of Nissan. SR models include upgraded exterior appearance and performance with a stiffer suspension for better handling.

The SR is a trim level on the Nissan Maxima, and there are two versions of the SR, one for the Maxima and one for the Altima. The SR stands for sport, and both the Altima SR and Maxima SR are designed to enhance the performance of both cars.

Is SE or LE better?

Both the SE and LE models offer features that make an excellent vehicle, but they are aimed at different types of drivers. While we think the base model is better value, the Limited Edition offers upgrades that may be worth the higher price to some.

Brands of cars and models with SE:

The Corolla SE is a stylish and sporty trim that offers premium features such as a sport of appearance package of 17in. Alloy wheels, leather-trimmed tilt/telescopic steering, automatic temperature control, paddle shifters, Smart Key System with Push Button Start.

Also, the new sophisticated Corolla SE features many upgrades throughout the interior and exterior. The Corolla still has the same classic, timeless appeal, though now technologically advanced.

The Toyota Camry has always been the benchmark against which other midsize sedans are measured. Now, with a sporty design and a fuel-efficient 4-cylinder base engine, even competitors admire the Camry. The Camry is well suited for family needs with a roomy interior and ample trunk space. It also adds a sporty SE trim level to compete with the other automakers.

The Ford SVT Raptor is a Raptor version of the Ford F-150, available for both Ford and Lincoln in North America. Ford’s high-performance SVT Raptor is not your average pickup. The Raptor is a monstrous off-road machine based on the F-150; it offers a fantastic driving experience that no regular truck can match.

The SVT Raptor is a high-performance pick-up built on the truck chassis of the Ford F-150. The Raptor was designed as a street-legal off-road vehicle.

The Ford F-150 Harley-Davidson boasts plenty of power and style. The Ford Harley-Davidson edition is a truck that lives up to the toughness of its name. With a 5.4L Flexfuel V8 engine with 320 horsepower, this full-size pickup can go anywhere while still providing ample room and comfort for your passengers.

The Ford F-150 has been America’s top-selling pickup truck for over 30 years, and it has only been getting better. With more technology and advanced features like the Blind Spot Information System with Trailer Tow Monitoring, it’ll make you feel like you’re on an adventure every day.

It may be hard to believe that this competent pickup truck can be as comfortable as tough. The Ford F-150 sets the high standards for light-duty full-size pickups with its lightweight yet high-strength military-grade aluminium-alloy body and steel frame providing a best-in-class payload and up to 13-200 lbs. of available towing.

The Ford F-150 Nite debuted in 1999. The original Ford F-150 Nite was based on the F-150 XLT with a Leather Sport Bucket Seat package. The package included special leather seats and blacked-out exterior trimmings like mirrors, bumpers, and grills.

Designed to bring the best night-time driving experience, an F-150 Nite adds a dark-themed exterior with chrome bumpers. Fog lamps are replaced by signature round halogen lamps, giving an updated look, while the bold black mesh grille features body-color surrounds, and a center bar finished in black. Deep tinted windows make sure that nothing detracts from the rugged style.

The Sonata has long been a staple of the Hyundai brand, and its current redesign is at once modern and conservative but always pleasing to the eye. The Hyundai Sonata’s imposing front grille is flanked on each side by HID headlamps that rival the best in class for brightness and clarity.

With precision handling and excellent driveability, you can save money at the pump with this fuel-sipping Nissan Altima. The greater your fuel efficiency, the less your carbon footprint. And with exceptional MPGs, this Nissan Altima treads ever so lightly on Mother Earth.

With the Nissan Altima, you get a safety suit worthy of a science fiction movie. Intelligent Cruise Control knows when traffic slows and can adjust your speed automatically. An Around View Monitor helps you see all sides of your car while parking.

And the Safety Shield gives you visual and audio warnings when there’s trouble on the road ahead. All this, plus standard features like front airbags, front side airbags, and Vehicle Dynamic Control, make for a drive that’s more relaxing than ever.

The Nissan Maxima is a full-size car manufactured by Nissan and sold primarily in North America, the Middle East, and China. Making its sales debut in 1981 for the 1982 model year as the Datsun Maxima replaced the earlier Datsun 810.

One of America’s most popular cars, the Nissan Maxima, turns heads with its sporty design. The Maxima SE comes standard with 18″ aluminum-alloy wheels and exterior styling that implies performance.

Inside, the cabin is surprisingly upscale, easy to clean, and comfortable. A continuously variable transmission and 290-hp V6 engine deliver an EPA-estimated 24 mpg city/32 mpg highway.”

This page gives the correct answer to those willing to know what does se stands for in cars. SE stands for the base trim level of many Honda, Toyota, and Subaru vehicles. SE is a trim level found on most auto manufacturers’ vehicles. It stands for “special edition.”

It will often include unique interior or exterior appointments to make the SE version unique. The SE may include specific items not generally found on the base model vehicle, such as alloy wheels or leather appointments.