Home » What is unleaded gas – Is it the best for your car?

What is unleaded gas – Is it the best for your car? 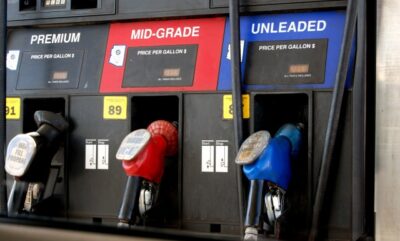 Gasoline is the lifeblood of automobiles. It powers the engine and provides motion to the automobile. While there are different types of gas to consider for your car, it is important to choose the best one. There you have the premium gas and unleaded gas. So, what is unleaded gas, and is it good for cars?


To answer our question, unleaded gas is lead-free, so the fumes it emits contain less benzene than other gas options. Unleaded gas also creates fewer harmful emissions than regular gas, which means that unleaded fuel is better for the environment.

Unleaded gasoline, also called unleaded fuel, is the most widely used gasoline for motor vehicles. The use of unleaded gasoline became mandated in most states by 1981 to protect the oxygen sensors and catalytic converters from poisoning by lead-based additives.

What is premium unleaded gas? Premium unleaded gas is the fuel of choice for most drivers. It’s reliable, affordable, and often available in states with high gasoline prices. Plus, it offers a variety of benefits that include emissions control, savings on car repairs, and more. If you’re considering switching to premium unleaded gas, there are a few things to keep in mind.

Premium unleaded gas is higher octane, meaning it’s less likely to burn too early, which could cause a pinging noise in your engine.

Then there are a couple of potential benefits.  One, premium unleaded gas contains a few deposit cleaners that help to keep the engine clean.

Two, some (but not all) vehicles have special features that are only enabled when you use premium unleaded gas. An owner’s manual will normally state what kind of gas your car or SUV requires.

In addition, premium unleaded gasoline is a grade of octane higher than regular unleaded but lower than midgrade. As a result, premium gasoline helps keep your engine in better condition and reduces emissions.

Premium unleaded gas is better for your health.

Unleaded gas is also known as regular gas and can be used in vehicles with a lower octane rating (87). So if you fill up at the pump and see that there’s an option for unleaded fuel, it means there’s also a higher octane premium grade available.

Unleaded fuel was introduced to promote cleaner air and lead-free engines. Also, unleaded gasoline is a type of gasoline produced without adding lead. It was developed to replace lead gasoline, first phased out in the United States in the 1970s and 1980s.

Lead was added to gasoline in the 1920s to lubricate engines and improve octane levels. Therefore, If you need to add gas to your car, your first option is generally to choose between regular unleaded and premium unleaded.

If you’re driving a high-performance machine, premium fuel is the right choice because it is designed to pack more of a punch. High octane levels lead to a better combustion engine, which in turn gives your specialized engine more power, prevents early detonation, and allows added flexibility in tuning.

Is unleaded gas the same as regular gas?

Regular gas is another name for unleaded gas, which does not contain significant amounts of lead. Nowadays, nearly all new vehicles use unleaded fuel.

This includes cars and motorcycles, as well as SUVs and vans. On rare occasions, you may find roadside hybrids or streetcars that use a different fuel type because they are older models. But these are exceptions rather than the rule.

What type of gas is unleaded?

Unleaded is a type of gasoline that does not contain lead additives. It means that lead is not an additive added to the gasoline to properly combust.

The nickname for unleaded gasoline is what you normally see at gas stations; “unleaded” or “regular.” It is called regular because it is the only type of gas sold at most gas stations.

Also, unleaded fuel is a mixture of hydrocarbons derived from petroleum. This ambient-air mixture of molecular compounds contains carbon and hydrogen primarily, with trace amounts of other elements such as sulfur. Can you put unleaded gas in a regular car?

The main difference is that premium gas blends have more additives that help with engine performance and combustion. That’s why it costs more than regular unleaded.

You can put unleaded gas in a regular car. If you have an older car, then the issue is that you’ll have less efficiency on a newer fuel, and you car may not run as well or use more gas. You’ll hear about worse cases of people getting 20 MPG or less when they mix up these types of fuels.

Should I use unleaded gas?

It depends on your vehicle; you could use unleaded gas if you have an older vehicle, though. The best thing to do is get your owner’s manual out and check it; it will probably say unleaded fuel even though your vehicle has a catalytic converter.

You can use unleaded gasoline in any Toyota car that requires regular fuel. Many of our vehicles are designed to run on a variety of different fuel options, including standard unleaded, regular, super unleaded, mid-grade, and premium.

When filling your gas tank, you can use whichever of these types gives you the best performance without affecting your Toyota’s warranty. If you’re unsure which type is right for your vehicle, contact us to speak with an expert and learn more.

How can you tell if gas is unleaded?

You can tell if gas is unleaded by the number printed on its octane rating location on the pump. Unleaded fuel has an octane rating between 87 and 93, and it’s known as Regular Unleaded Gasoline (RUG) in the U.S.

The number is printed on the gas pump, increasing in whole numbers. The highest grade or premium gas has an octane rating up to 93.

Is gasoline a liquid or gas?

Gasoline is a flammable liquid, and it’s commonly used as a fuel for internal combustion engines everywhere.

Gasoline is a liquid, but it can become a gas. Liquids are molecules tightly packed together and have fixed volume and shape, while gases are more loosely arranged and have no fixed volume or shape.

It’s a liquid. Gasoline is an oil and will not gas off at room temperature. Petroleum products are mostly hydrocarbons derived from petroleum crude oil and may contain traces of additives. Examples include gasoline, diesel fuel oils, lubricating oils, benzene, paraffin wax, asphalt, tar, and natural gas.

What happens if you put diesel in a gas car?

Like putting gas into a diesel engine can cause catastrophic engine failure, putting diesel in a regular gas tank can have damaging effects.

Adding the wrong fuel to a vehicle’s fuel system is one of the most common mistakes made by motorists. The consequences can vary depending on the make and model of your car and how much liquid you’ve spilled.

However, many frustrating problems resulting from putting diesel in a gas engine can be avoided simply by following preventive maintenance procedures.

It may be possible to manually drain the tank and flush the fuel system, or you might have to replace the fuel pump. Either way, diesel in a gas car is a problem you want to avoid.

If your fuel tank doesn’t leak, and there are no signs of damage to the body or chassis of your car, it may be possible to drain the tank, fill it with fresh gasoline and fix everything that way, although this will likely require professional knowledge and tools.

Unleaded 88 is a type of gasoline that contains no ethanol, so fill-ups are guaranteed to be clean and carbon-free. In fact, with its low volatility and high octane rating, unleaded 88 is the best fuel for your car, so you can maximize your mileage and reduce engine knocks.

The Unleaded 88 is a higher octane premium. Premium gas helps to improve gas mileage, give your car more power, and keep your engine running cleaner.

What is super unleaded gas?

Super Unleaded Gas is a mixture of unleaded gas and high-octane fuel, intended for use in high-performance cars. It is more expensive than regular unleaded gas.

The octane rating of a specific blend of super unleaded gas. Octane ratings are determined by testing it with a “knock” engine to determine its resistance to pre-ignition.

Can you mix unleaded and premium gas?

It is not a good thing. There is a myth that mixing premium and regular gasoline in a vehicle will improve the vehicle’s engine performance or fuel economy, but this is not true.

Two things can happen when it comes to mixing premium and regular gas. One is that your car’s computer will reject the higher octane levels and lower them to match the lower grade gasoline.

The second is that you can damage your car engine because higher octane gas contains additives that reduce carbon buildup. In very general terms, yes, you can. The engines that require premium gas will run perfectly fine on regular gas in a pinch.

The only tradeoff is that your pickup truck or sports car won’t accelerate as quickly or perform as well as you’ve become used to when you use it every day.

It’s important to note that the reverse isn’t true; you should never put regular gas in a vehicle that requires premium unless you want to damage your engine and treat yourself to a pretty hefty repair bill.

What color is unleaded fuel?

The color of unleaded fuel is often thought to be green due to a fluorescent green dye that is added for identification.

However, the color of unleaded gas can vary depending on the producer and which additives are used. The color isn’t a good indicator of quality, so don’t be afraid to buy gas that isn’t green.

What is gasoline made of?

Gasoline is primarily made up of hydrocarbons, chemicals that contain hydrogen and carbon. When burnt in air, the chemical bonds between the hydrocarbon are broken and react with oxygen from the air to produce water vapor, carbon dioxide, and heat.

Is e15 gas the same as unleaded?

These two terms are not interchangeable. For example, unleaded gas denotes that the gas does not contain lead, while e15 simply indicates the ethanol content in a particular gasoline blend. E15 is a blend of 15% ethanol and 85% gasoline. Therefore, unleaded gas is not necessarily the same as e15.

Can I put unleaded gas in an e85 car?

Yes, you can put unleaded gas in an e85 car. First, however, you need to know a few things about e85 to not mix up the two types of gasoline.

You can directly use unleaded gas in a car without any issue. Unleaded gas is also known as regular gas, and it is used in cars that use carburetors. So even if your vehicle has stated that it should run on unleaded fuel, it will also work with regular gas.

Because this type of fuel offers many benefits in the world, it’s worth the extra cost. One added benefit is that unleaded gas is better for your engine and helps reduce emissions. Below are a few other benefits.